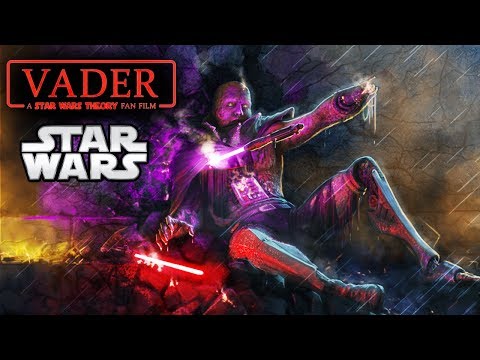 I’ll make no bones about it, I’ve walked away from the Star Wars franchise as it relates to Disney’s offerings. Regardless what some click-bait sites want you to think, the fandom that made the Galaxy Far, Far Away so popular is not comprised of hateful, bigoted, or sexist neckbeards. The fans embraced a number of diverse characters, story lines, and ideas throughout the past 40 years via books, comics, games, fan films, and cosplay. They want Star Wars to stay true to the sense of adventure and hope that launched this massive entertainment juggernaut.

As mentioned above, I’ve walked away from corporate Star Wars and embraced the fan film community on YouTube. The project range from basic home movie quality endeavors to grand spectacles of storytelling that put J.J. Abrams and Rian Johnson to shame. These films are free of political or social ideology. They just want to pay homage to a once great series of films, and a trilogy of laughably bad ones (Anakin and his Bad Romance). We don’t need topical politics forced into our escapism. If you have a message, it should be secondary to the tale and the characters.

This brings me back to the faceless corporation that Star Wars sadly has to bend to. Disney is, at times, a great company. Their hand-drawn animated films are mostly great, baring a few exceptions throughout the past four decades. Even their CGI films have some heart that cannot be denied. But when it comes to properties the Mouse did not create, they company shows the unblinking side of capitalism. Make no mistake, I am pro-capitalism. I’ve run my own online business and fully believe that it is the best system that can lead to an individual’s success. However, there are times when the Quest for Cash leaves a bad taste in the mouth of the consumer.

Disney and music publisher Warner Chappell have seen fit to copyright claim Star Wars Theory’s much celebrated short film Vader Episode 1: Shards of the Past. SWT issued a video that explained the situation. When the filmmaker approached Lucasfilm about using crowdfunding to finance the project, he was told that he could not. So, out of pocket he spent over over $100k Canadian, even going so far as to hire a composer to create a score that fit the Star Wars universe. This composition did contain some sections that are comparable to the Imperial March, but from what I can hear it is not a beat for beat cover of the classic soundtrack. In fact, the score provided in Vader is much more in lines with John Williams‘s loved music than anything heard in the recent Disney films.

That’s where Star Wars Theories got hit. The music was too similar to the original. So, even though the fan film was not monetized, a copyright claim was filed and now YouTube is running ads that will pour money directly into the pockets of Warner and Disney. SWT will not see a dime, nor has the team been given any sort of public recognition by Disney for their very popular film. While I agree that money should not be made off of someone else’s intellectual property (unless it’s fair use or falls into public domain), Vader should not have been monetized by these corporate entities. They took none of the risk, paid none of the costs, but now reap the benefits for something they did not create.

Due to this, I will continue to keep my distance from Disney’s fast food version of George Lucas’s sci-fi Western.