2007 was a great year for consumer level horror prop replicas. During the Halloween season a number of franchises saw higher end costumes and murdering utensils hit the market. Michael Myers fans could get heavy duty jumpsuits and Freddy fans could get full metal gloves and screen accurate sweaters. Though the blades on the glove were not as thin or menacing as the on-screen counterparts, the product gave off the satisfying snapping sound we were used to hearing during the earlier ‘Nightmare’ films. 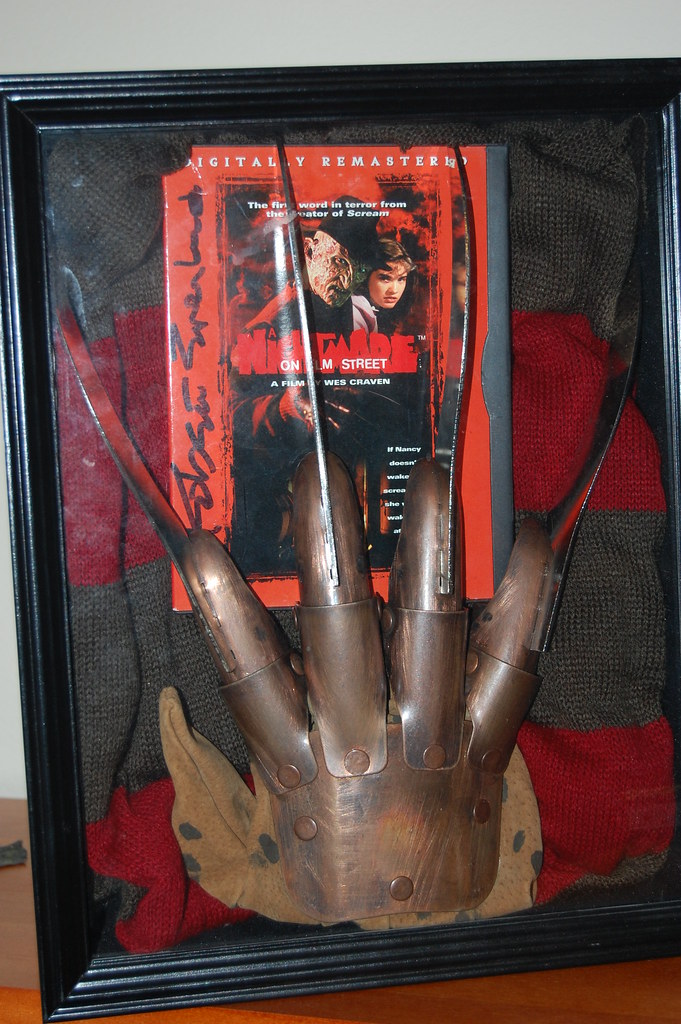