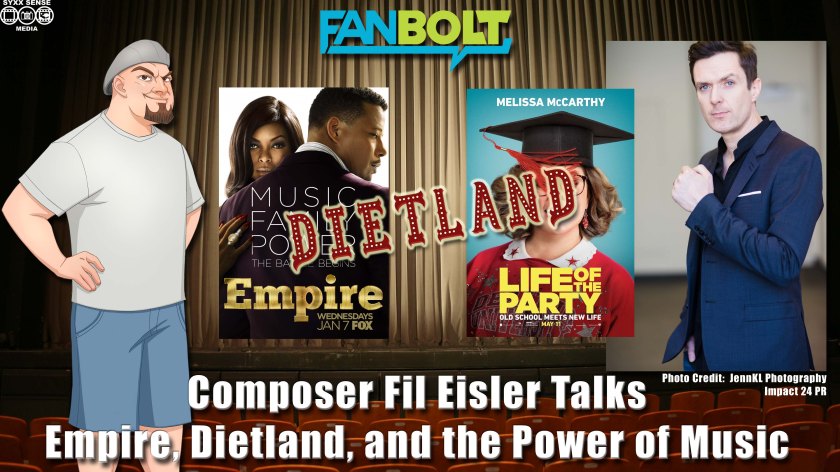 Hot on the announcement that Empire has been renewed for its fifth season, composer Fil Eisler sat down with FanBolt to talk about his unique musical style and the power of a film’s score. Fil’s compositions can be heard in the upcoming AMC series Dietland and the Melissa McCarthy comedy Life of the Party. You can pick up his works on iTunes.